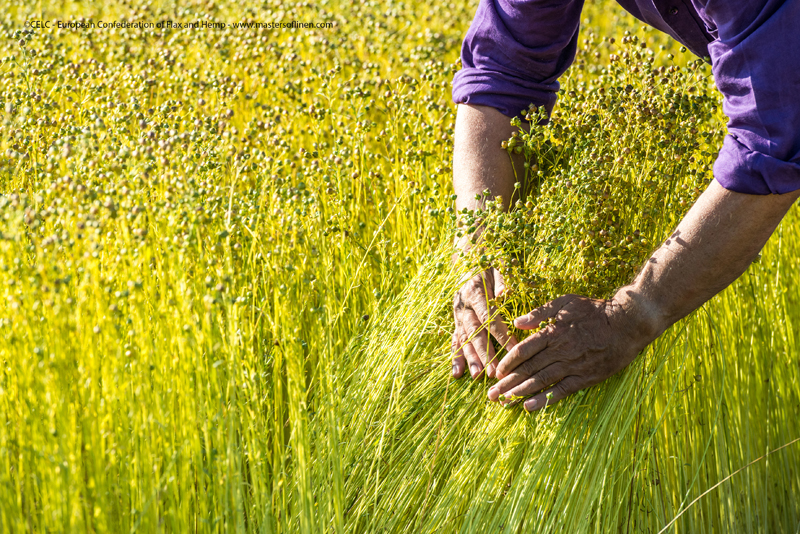 The latin name of the flax plant is linum usitatissimum. The flax is among the first plants were domesticated. It can be a food resource as well as fibre crop. The fibre retrieved from the stem of a plant. The flax seeds are used for food, for medicine, for linseed oil.

The Flax is grown in cooler regions of the world. Earlier the flax was cultivated in many places in Europe – in North France, Normandy, Belgium, Netherland, Russia, Lithuania, Latvia,  Poland, Switzerland, Austria – and also in Egypt and China. Today the best quality dew retted flax is grown from South of Normandy in Northern France, Belgium and Netherlands, 85% of the world’s scutched flax production comes from this area.

In Europe the flax is planted between middle of March and middle of April. In June the flax flowers, the plant reaches about one meter height. The colour of the flax flowers is blue. In July the flax is pulled up, and it stays on the field for “dew retting” wich means the sun, the dew and the rain soften up the the woody part, the fungus start to decompose the pectin that binds the fibres together. In August the straw is gathered.

In Egypt the flax is water retted and the season is different. 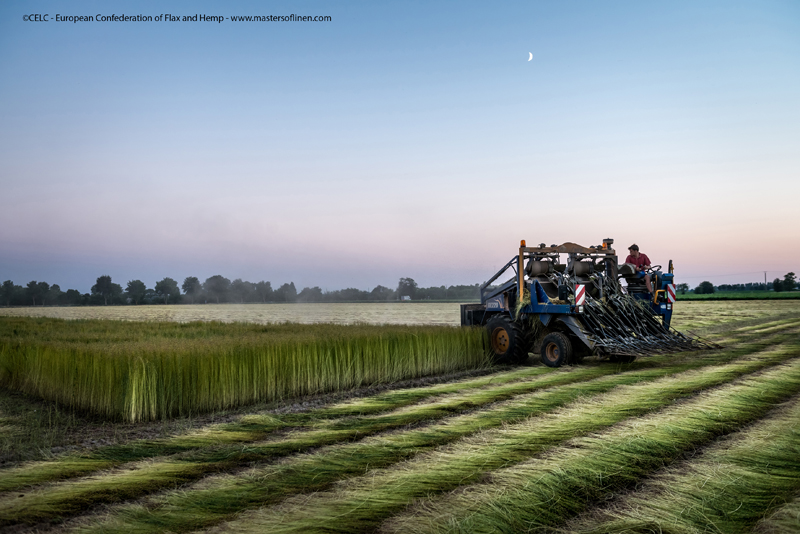 Originally the straw was retted in water, which resulted nice blond fibre colour. Because it was highly labour-intensive nowadays the flax stays in the fields after pulling, and the retting is down by the dew. The colour of the dew-retted flax is grey. 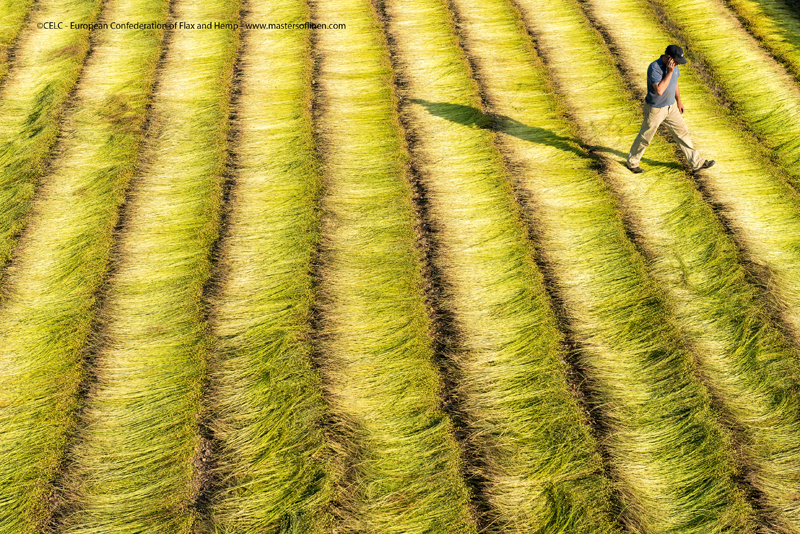 Scutching is the first step for preparing for spinning. The fibres are cleaned from the woody parts. The removed woody parts are called shive. It can be used for chipboard panels, stable litter, or for animal bedding.
Scutching by hand was very hard work, the first mechanized scutching mills were established in Ireland and operated by the end of the 19th century. They were quicker, cheaper and it changed a lot on productivity, however scutching by machine caused more waste than the old method. Machine scutching crushes the stalks between two metal rollers so that parts of the stalk can be separated. The product is scutched flax (long fiber) and scutched tow (short fiber) and the waste.